Fred has served as our Chief Executive Officer since April 2016. As CEO, he has led the transformation of IMV into a leading clinical-stage immune-oncology company with world-class collaborators and a strong scientific foundation. He has more than 21 years of experience in the biopharmaceutical industry, having served in several management positions encompassing business development, intellectual property, strategic planning, pre-marketing, and communication. Before joining IMV, Fred spent 14 years at Medicago serving in many roles of increasing responsibility, most recently as Vice President of Business Development and Strategic Planning. He had been an integral part of Medicago’s success, including securing more than $300M CAN in non-dilutive funding in revenues and future milestones from licensing agreements and government contracts, and the $357M CAN deal acquisition by Mitsubishi Pharma in 2013.

Fred is also a Director of CQDM, a biopharmaceutical research consortium and served as second Vice-Chair of the Vaccine Industry Committee of Biotech Canada between 2012 and 2016. Prior to Medicago, Fred was Licensing Manager at the University Paris VII-Denis Diderot, one of the largest sciences and medical university in France. He owns a BSc degree in Biology and a Master’s degree in Biotechnology and Business Management from the University of Angers (France). 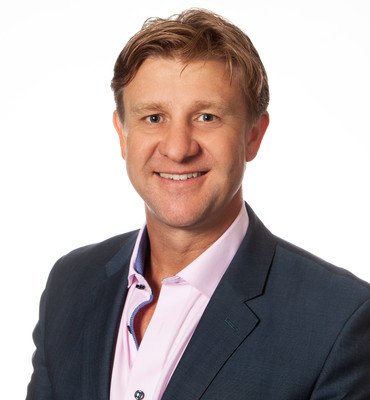 Andrew brings more than 20 years of executive experience in biopharmaceuticals and life sciences. He has spent his career focused on corporate and portfolio strategy, as well as business development and commercial operations with industry leaders such as Celgene, Merck, Schering-Plough and Bristol-Meyers Squibb spearheading new product development, analytics and commercial strategy for immunology & inflammation, oncology, women's health, cardiovascular portfolios and more. In his most recent roles with Celgene, Andrew had led new product analytics and commercial strategy for the Inflammation & Immunology division and led new critical alliances across all therapeutic areas. Andrew Hall holds a Master of Science from RMIT University and a Bachelor of Medical Science with Honors from Melbourne University. 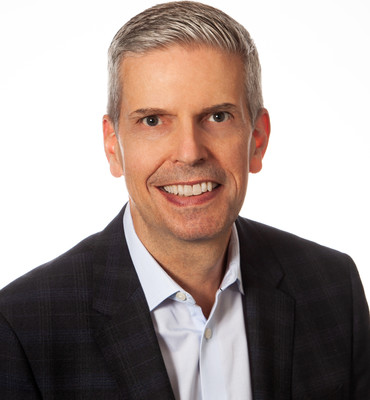 Pierre is Chief Financial Officer of IMV since February 2017. He has more than 30 years of progressive financial leadership roles in various industries. Before joining IMV, he was Vice President and Chief Financial Officer of Leddartech Inc., a leader in lidar for the automotive industry. His experience in the life sciences sector includes serving as Chief Financial Officer and secretary of Medicago Inc. until the completion of the privatization of Medicago Inc., following the acquisition by Mitsubishi Pharma for an enterprise value of $357M CAN in 2013. In his career as a senior financial officer, he has participated in the development of strategic plans, financing and mergers and acquisitions (over $1 billion CAN in transactions).

Pierre is also a Director of Osisko Gold Royalties Ltd. (OR: TSX & NYSE). He holds a Bachelor’s Degree in Business Administration and a license in accounting from Université Laval, Québec City. Pierre is a member of Ordre des comptables professionnels agréés du Québec, the Chartered Professional Accountants of Canada and the Institute of Corporate Directors. 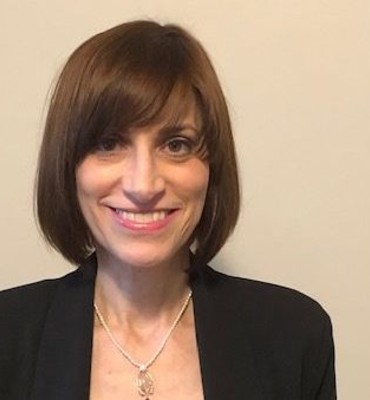 Joanne brings over 15 years of experience in the biopharmaceutical industry, primarily in early-stage oncology drug development. Most recently, she served as Vice President, Clinical Development and Executive Medical Director at H3 Biomedicine, overseeing the company’s clinical development efforts. Previously, she worked as Vice President, Clinical Development at Constellation Pharmaceuticals, and earlier held various clinical development leadership roles at SynDevRx, ImmunoGen, Novartis, Fresenius Biotech and GlycoGenesys. Over the course of her career, Joanne has played an instrumental role in advancing novel programs into the clinic, as well as the development and execution of clinical strategy.

Joanne holds an M.D. from the University of Connecticut School of Medicine, a D.V.M. from Tufts University School of Veterinary Medicine and a B.A. in biology from Brandeis University. 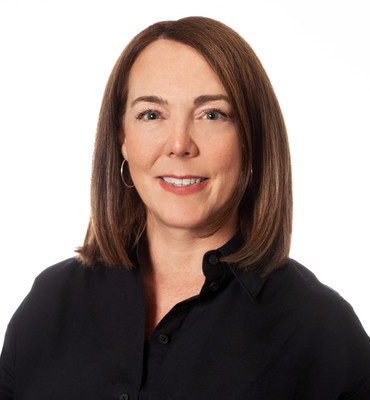 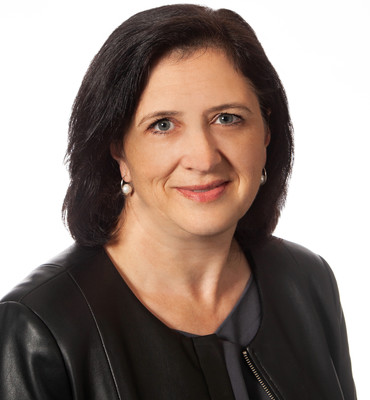 Marie-Eve brings over 20 years of experience in the biopharmaceutical industry, mainly in vaccine development and commercial production. She has served in many roles of increasing responsibility in Regulatory Affairs and Quality. In her most recent position as Site Conformance Manager at GSK Vaccine, she was responsible for supporting the Quebec site in the regulatory strategies for post-approval changes, review, and approval of regulatory submissions, preparation to GMP inspections and their associated Quality Systems. She has spent 18 years at Medicago (a biotech company focused on vaccine development), the five last years as Director of Regulatory Affairs. She played a key role in the preparation of the regulatory dossier to support several Phase 1, 2, and 3 clinical trials conducted in Canada, USA, Europe, South Africa, and Australia. She has actively participated in formal and technical meetings with regulatory authorities (FDA, Health Canada BRDD, and EMEA) in the context of the vaccine development but also in the context of regulatory interactions associated with the maintenance of licensed vaccines. Marie-Eve owns a Master of Arts from Laval University in Quebec. 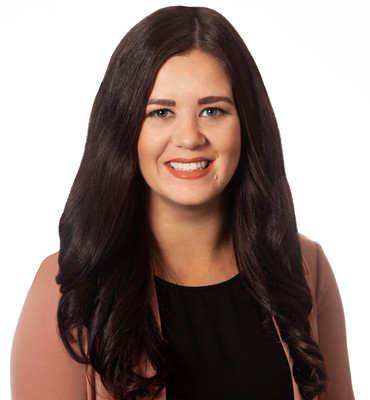 With over 10 years of financial reporting experience, Brittany has provided key financial and operational leadership to IMV since she began working for the company in February 2014. She is responsible for financial reporting, tax and securities compliance, managing audit and internal control functions, budgeting and cash flow projections and IT oversight. Prior to joining the company, she began her career as an audit senior at Grant Thornton. Brittany graduated summa cum laude with a Bachelor of Commerce degree from Saint Mary’s University and is a Chartered Professional Accountant. Brittany volunteers with the Mental Health Foundation of Nova Scotia and is a member of the programming committee for Financial Executives International, Atlantic Chapter. 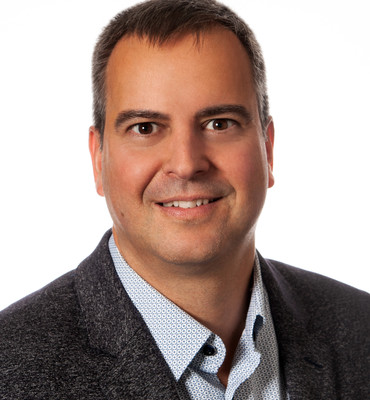 Stephan manages the implementation and progress of IMV’s clinical programs. Prior to joining the company, he worked for more than 15 years in clinical research with Medicago, GlaxoSmithKline and the Infectious Disease Research Center of the CHUL, where he led multifunctional teams in several therapeutic areas, including Oncology, HIV, Vaccines, Sepsis, Hematology, and Neurology. Throughout his career, he was involved in scientific and operational activities of several Phase I to Phase III trials. He has also led several process improvement teams to ensure timely and cost-effective delivery of clinical trials. Stephan received an MBA with honor from Université Laval and a Master degree in Microbiology from the University of Sherbrooke.

Tariq is leading the process development and manufacturing; process scale up and clinical manufacturing activities for the DPX platform at IMV and orchestrates the contract development and manufacturing organizations (CDMOs) associated with it. He has been with the company since 2018 and established the process development department at IMV, a key element in the development of a streamlined manufacturing process for the different candidates based on the DPX platform. Tariq has 15 years of progressive experience in various organizations of the biopharmaceutical industry, from multinational companies such as Sanofi Pasteur and Apotex (Apobiologix), to mid-size CDMOs such as Therapure Biopharma. During his career, Tariq worked in different aspects of the industry such as R&D, process development, manufacturing technology and CDMO management. He provides a clear understanding for the Chemistry, Manufacturing and Controls (CMC) aspects of the manufacturing processes. Tariq holds a PhD degree in Biophysics from Stockholm University in Sweden and PMP certificate from the project management institute in the USA.

Annie is responsible for development, implementation and maintenance of IMV’s Quality systems, programs and processes to ensure GXPs compliance. She brings more than 27 years of experience in pharmaceuticals and biopharmaceuticals industries to IMV, serving over half of these years in multinational pharmaceutical companies involved in Sterile Products manufacturing. During a 10-year career at Abbott Laboratories, she served in many Quality roles with increasing responsibilities, from Quality Control (QC) laboratory supervisor to Plant Compliance Manager. Prior to joining IMV, she spent almost 15 years at Telesta Therapeutics (formerly known as Bioniche Life Sciences), where she held the position of Quality Director at the Montreal manufacturing facility, which specialized in Sterile Biologic Manufacturing. She was responsible for development and implementation of the Quality Manufacturing Systems (QMS) at the facility, set-up of QC laboratories and overall GMP site compliance. She has actively participated in meetings with regulatory agencies (FDA and Health Canada BGTD) and has hosted several GMP inspections. She holds a BSc in Microbiology from Laval University in Quebec.